The history of our Branch dates back to 1919, when The Great War Veterans Association formed a branch in West Vancouver. Col. A.J. Coote convinced the members of The Great War Veterans Association, they should join the Canadian Legion. On June 28 they formed the West Vancouver Branch. Our Charter was received on November 17, 1926. The Branch had fifteen members, dues were set at twenty-five cents per month and the initiation fee was one dollar. Meetings were held in the upstairs hall of the Ferry Building, a practice that continued until 1930. Over the years, as the membership grew, it was clear that Branch 60 required their own premises. The Municipality made tax sale land available, and construction was started on the Legion Hall. Volunteers cleared the land and did the construction under the supervision of Building Contractor, Colin Turner. In 1957, a South African Veteran, Joe Chamberlain, made the first group of white crosses to mark the veterans graves at Capilano View Cemetery. These were placed on Remembrance Day. This practice continues today, with cemetery staff and Legion members placing more than nine hundred crosses in November 2009. In 1990 the building was raised three feet and the lounge was completely renovated. This project was made possible by a bequest from Norm Jorgeson. A building contractor did the major work, along with many hours of volunteer labour from our members. A culvert over Lawson Creek enabled the Branch to double its parking space. 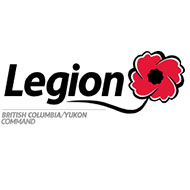 Our Mission is to serve veterans (including those currently serving in the military and RCMP members) and their families, to promote remembrance and to serve our communities and our country.

Our James "Jim" Irvine Memorial Hall located at The West Vancouver Legion Branch 60 is the ideal venue to hold your special event!
Capacity limits will vary depending on the physical set up of the room

COVID-19 safety plans will no longer be required as of Friday April 8 @ 12:01am. Businesses will now transition to communicable disease plans.

We continue to stress that if you are feeling unwell please stay at home and self isolate.
Hand sanitizer is readily available upon arrival in the lobby.
If you feel comfortable wearing a mask when frequenting the branch then please do so. It is a personal choice and will be respected.